I wanted to explore the configuration and firmware update protocol used by this electronic speed controller (ESC) for electric skateboards from Favourite (FVT) Electronics: 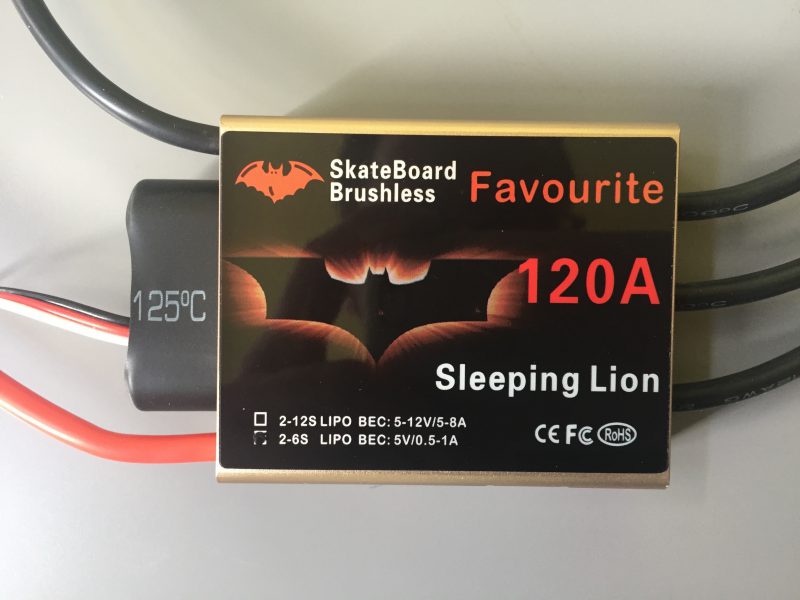 Note that the same ESC is sold by Maytech with the MTES 120A SBEC name.

It uses a USB to UART adapter for connecting to the controller which is also used for configuring the popular LittleBee ESC for quadcopters: 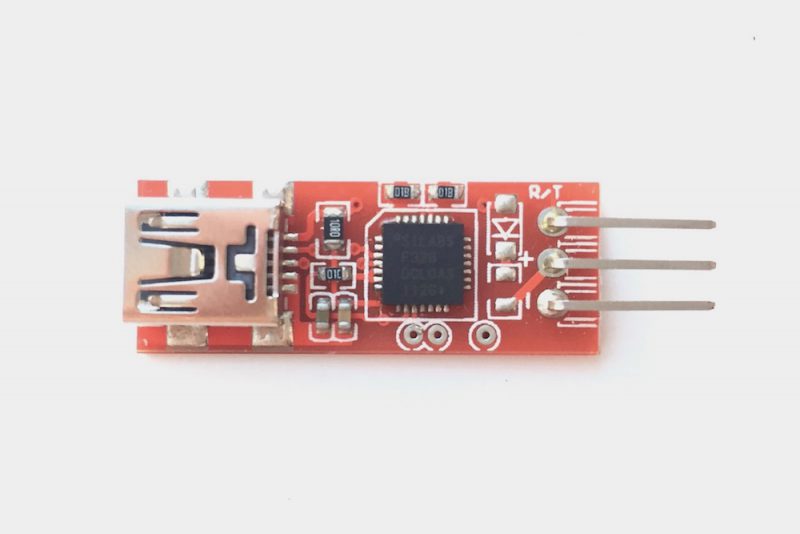 The LittleBee ESC uses an open source BLHeli firmware which includes a bootloader with an UART based communications protocol at a fixed 19200 baud rate.

So I decided to capture the UART traffic to the ESC using the Saleae Logic 8 logic analyser during the following actions:

The CSV logs are also available on GitHub.

The firmware update log was the most interesting because I immediately noticed the #Skywalker20A# string in the plain UART traffic which means the firmware is sent completely decoded:

I used a bit of regex and hex-to-binary magic to extract the byte sequence from the UART traffic log:

and compared it with the original firmware file E_SkateBoard_120A_170818_QuickStart.hgm from the FVT website:

All the 0x00 bytes in the UART traffic were clearly mapped to 0x68 in the firmware.

Having read plenty of firmware related articles on Hackaday I thought of trying to check for XOR obfuscation and with 0x68 mapping to 0x00 the XOR value is simply 0x68. Here is how to XOR all bytes of a file with PHP:

And we get a decoded firmware file which has the #Skywalker20A# along with a BLHELI reference right at the very end: 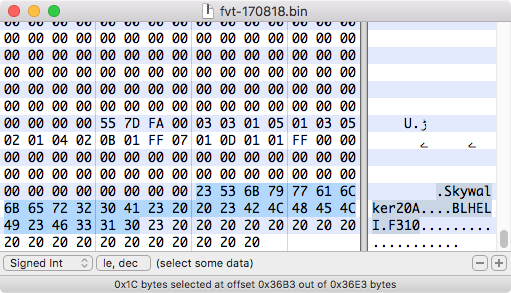 The Skywalker20A string is a reference to the ESC layout and the SiLabs C8051F310 MCU pin mapping for the BLHeli firmware. Using that as a starting point it is necessary to: